The Mystery of Saint Sharbel 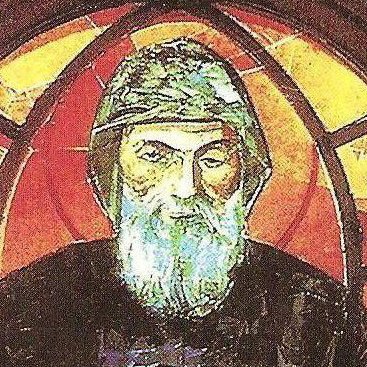 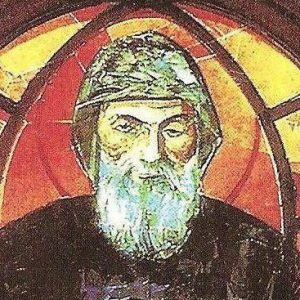 the Life of Saint Sharbel , has started with  the agony that the Christians of the Middle East  via Delarosa, the stations of the Cross or the extension of the suffering of Jesus Christ. from his birth during the time of colonization and the time of the persecution of the Christians of the Middle East . his Father died during his exploiting  works for the occupied army. and two of his home town were killed  during the battles next to the town.

when he decided to become a monk, the society was disturbed by sad news of commenting genocides against the Christians. it had a depressing implication over the monastic life. it is very similar to our actual condition . no meter was the condition, a few who insisted to observe miticusly the canon Law of the order to restore the condition. therefore the mastic life was not easy to lie according to the Law for many would not lie it because the agitation politico social condition.

Saint Sharbel used the simple way, Listing to his superiors and obedient to everybody.
he died Christmas Eve. a few monks with some of the neighbors berried him.

his death, revealed his identity . it was very similar to the life of the Son of God.

he is from Bakaakafra, child of farmers like most of the Maronites . he heard the voice of the Spirit to live listening to his whispering . he would be secure from interruption of a wife and the concerns of life. he would be secure listening to the commandments to his superior and developing his knowledge of Jesus Christ rather than, busy what should be done to please and meet the requirements of daily life.

through his life, he would not stop working during the day and pray during the night. his vocation is a total consecration to God with generosity of heart and without condition. his family was not a poor family , they have abundant crops and goods . His mother was well-known for her generosity and she was a good mother.

when he was ordained priest, father Sharbel continued to work with his hand . he nervier considered the priesthood as a advantage to exempt himself working in the  ranch of the monastery. Mostly , they ignored him while he was busy working.

Sharbel  participated to the monastic life for one purpose is to listen to the voice that he called him and called all who were baptized  “you are my beloved Son”. he was meditation on Jesus who would cross the Jordan after his baptism and never return to his shop in Nazareth. He continued meditating and listening to the heavenly Father saying , you are my belied son. his posterity life is that made him free to listen more and to be free from all difficulties would interrupt his silence. . all who knew him, they observed his quiet life never interrupted by gathering criticizing or be busy with entertainment. rather he used to speak of God and the acts of the old anchorites of the desert Fathers.

this kind of silence, and tranquility transformed him totally to live in the presence of God . His mind and his love transformed him to new man  that captivated to God. this transformation is clear through his power of gathering the people to pray and received a lot of graces in his name..

he did not preached in his life or a few people used to come to him for confession. the place of his tomb, is busy to celebrate and to hear confessions. The Gospel is proclaimed because of him and the people return to God for its words confirmed by miracles. he attracted many nations to his tombs asking healing .

his prayer was the prayer of Jesus to his Father, for his heart, became  the indwelling of the Holy Spirit , full of the Love of God . according to Luke, Jesus transfigured after a long night of Prayer, the disciples observed his beauty of his face, like many witnesses of Saint Sharbel how he has skinny and radiating figure . this perpetual prayer  is the prayer of a transforming Heart to become like the heart of Jesus.

the playful hermit became a captivated man of prayer. day and night summer and winter he was the same.

therefore, where, the darkness of the days reign , saint Sharbel illumes them by his miracles. he helps many to return to faith. for example his body was miraculously untouched with corruption and water coming from it . if  we counted and scrutinizing its source , we could not find an explanation .

this message is not just to honor Saint Sharbel, it is a message for all to honor the Church that the fountain of Baptism is the source of holiness. the Glory is not for Saint Sharbel , but is for those who believe and baptized in the name of Jesus Christ and the Church regenerates her children from her womb which is baptism..

what about his devotion to the Holy Eucharist ?

it is amazing , how this man used to survive without the proper nutrition, and how used to celebrate the dine Liturgy after long hour of preparation?

the answer is the Holy Eucharist the Divine powerful food would confirm his ostrich life and his mysterious life . Jesus is truly the Bread of life and this brae has been transformed  in our communion to the powerful Jesus who rose from the dead who would vivify our mortal bodies. Rom, 8 ..

what about his priesthood?

he was ordained priest , Father Sharbel continued to observe the vies like a Brother , working hard without hesitating,, he did not use this privilege for power or for granted, I am the  priest, please serve me. he went deeply to the meaning of the priesthood of Jesus Christ.
Jesus was obedient to the Father, so Shamble’s obedience is coming to focus how Jesus emptied himself to honor his Father. so Sharbel would like to be obedient to lie his priesthood an oblation .the new priesthood is the obedience of Jesus to his Father . for his enemies, Jesus failed and for the Faithful , Jesus has been glorified through his failure.. the death of Dainty Sharbel , through his vies and mortifications transformed him to a sign how the truly priesthood of  Jesus is and his death similar to the death of Jesus through his obedience. also like St Peter who glorified God by his death.

Saint Shamble’s life, is reflecting the life of Jesus and his death through his ostrich life would help the faithful to read attentively the Gospel and live with faith that God would be faithful in his promises .
Who,* though he was in the form of God,

did not regard equality with God something to be grasped.

Rather, he emptied himself,

taking the form of a slave,

and found human in appearance,

becoming obedient to death, even death on a cross.

Because of this, God greatly exalted him

and bestowed on him the name

that is above every name,

that at the name of Jesus

every knee should bend,

of those in heaven and on earth and under the earth,

11and every tongue confess that

to the glory of God the Father.

these verses , of Saint Paul who summarize the life of saint Sharbel and his glory after his death and would help us to understand the priesthood of a humble hermit that is very famous . he is a star from the east . with hope  we are celebrating that the dawn is coming .

this year is the year is filthy anniversary of his beatification, what do we learn from is life?

also is my jubilee for my priesthood,. always he is the minaret of hope that salvation in Christ .

in his feast , Sharbel is reminding  how gracious is our faith .